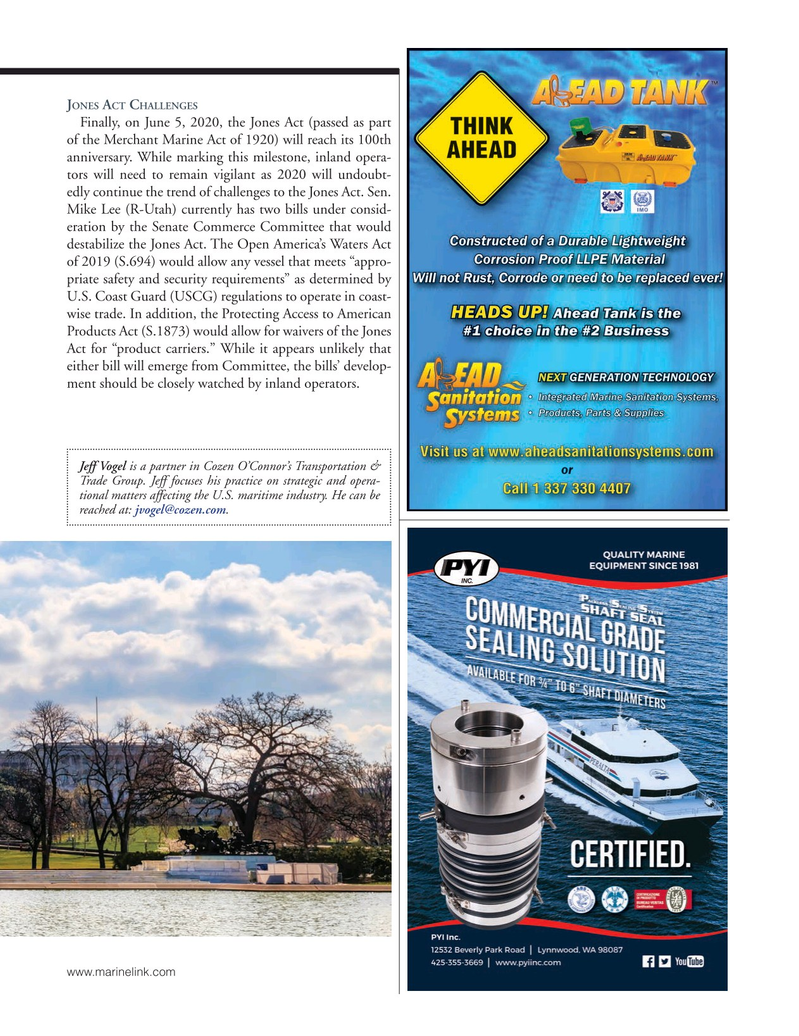 Finally, on June 5, 2020, the Jones Act (passed as part of the Merchant Marine Act of 1920) will reach its 100th anniversary. While marking this milestone, inland opera- tors will need to remain vigilant as 2020 will undoubt- edly continue the trend of challenges to the Jones Act. Sen.

Mike Lee (R-Utah) currently has two bills under consid- eration by the Senate Commerce Committee that would destabilize the Jones Act. The Open America’s Waters Act of 2019 (S.694) would allow any vessel that meets “appro- priate safety and security requirements” as determined by

Products Act (S.1873) would allow for waivers of the Jones

Act for “product carriers.” While it appears unlikely that either bill will emerge from Committee, the bills’ develop- ment should be closely watched by inland operators.

Jeff Vogel is a partner in Cozen O’Connor’s Transportation &

Trade Group. Jeff focuses his practice on strategic and opera- tional matters affecting the U.S. maritime industry. He can be reached at: jvogel@cozen.com. www.marinelink.com