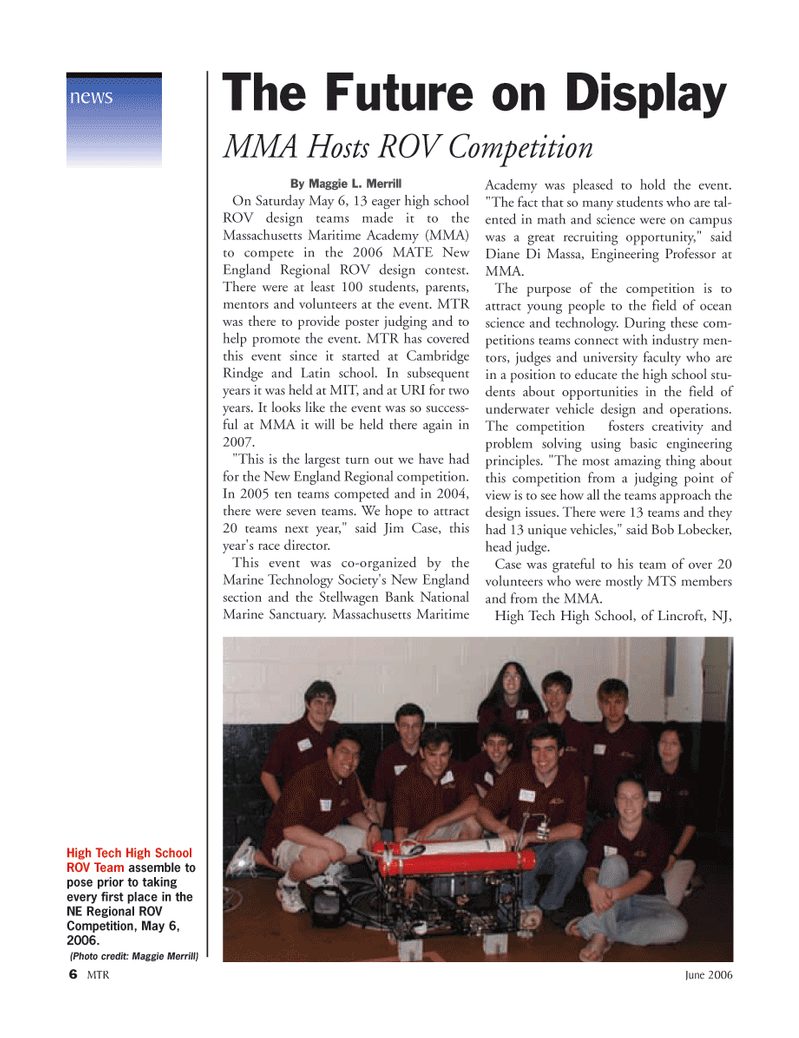 On Saturday May 6, 13 eager high school

ROV design teams made it to the

Massachusetts Maritime Academy (MMA) to compete in the 2006 MATE New

There were at least 100 students, parents, mentors and volunteers at the event. MTR was there to provide poster judging and to help promote the event. MTR has covered this event since it started at Cambridge

Rindge and Latin school. In subsequent years it was held at MIT, and at URI for two years. It looks like the event was so success- ful at MMA it will be held there again in 2007. "This is the largest turn out we have had for the New England Regional competition.

In 2005 ten teams competed and in 2004, there were seven teams. We hope to attract 20 teams next year," said Jim Case, this year's race director.

This event was co-organized by the

Academy was pleased to hold the event. "The fact that so many students who are tal- ented in math and science were on campus was a great recruiting opportunity," said

The purpose of the competition is to attract young people to the field of ocean science and technology. During these com- petitions teams connect with industry men- tors, judges and university faculty who are in a position to educate the high school stu- dents about opportunities in the field of underwater vehicle design and operations.

The competition fosters creativity and problem solving using basic engineering principles. "The most amazing thing about this competition from a judging point of view is to see how all the teams approach the design issues. There were 13 teams and they had 13 unique vehicles," said Bob Lobecker, head judge.

Case was grateful to his team of over 20 volunteers who were mostly MTS members and from the MMA.

The Future on Display