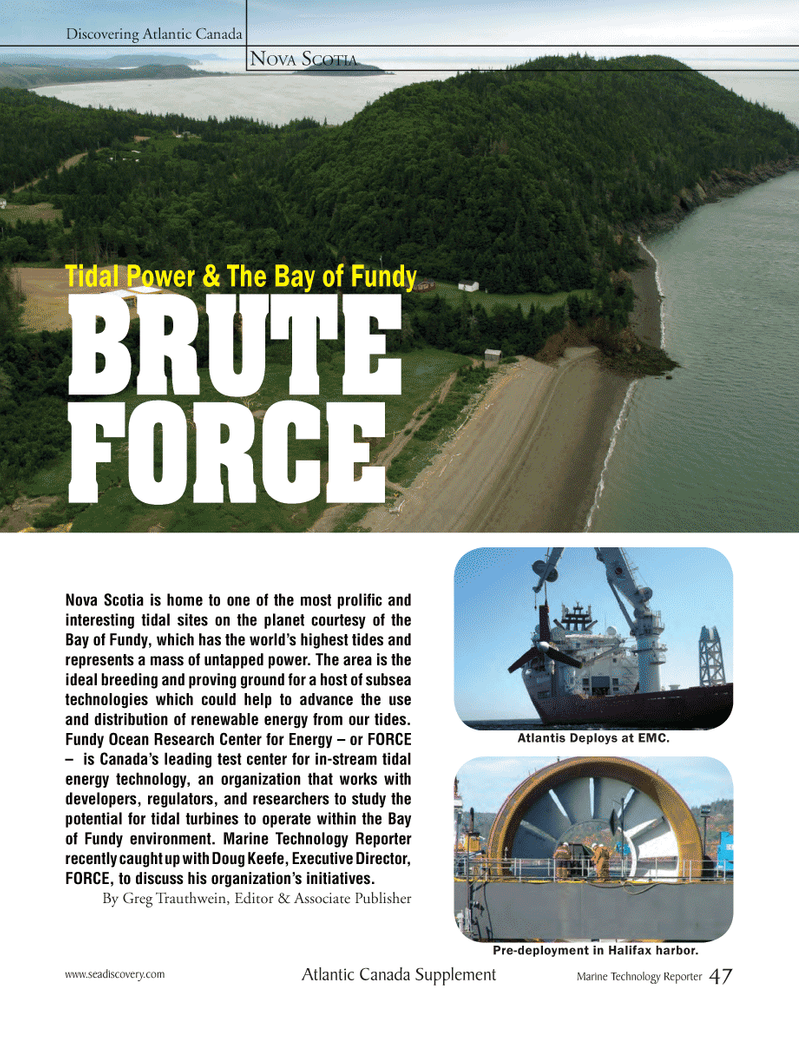 Atlantic Canada Supplementwww.seadiscovery.com Marine Technology Reporter 47Discovering Atlantic Canada NOVA SCOTIA Tidal Power & The Bay of Fundy BRUTE FORCENova Scotia is home to one of the most proliÞ c and interesting tidal sites on the planet courtesy of the Bay of Fundy, which has the worldÕs highest tides and represents a mass of untapped power. The area is the ideal breeding and proving ground for a host of subsea technologies which could help to advance the use and distribution of renewable energy from our tides. Fundy Ocean Research Center for Energy Ð or FORCE Ð is CanadaÕs leading test center for in-stream tidal energy technology, an organization that works with developers, regulators, and researchers to study the potential for tidal turbines to operate within the Bay of Fundy environment. Marine Technology Reporter recently caught up with Doug Keefe, Executive Director, FORCE, to discuss his organizationÕs initiatives. By Greg Trauthwein, Editor & Associate Publisher Atlantis Deploys at EMC. Pre-deployment in Halifax harbor. MTR2 Canada Supplement 32-48.indd 47MTR2 Canada Supplement 32-48.indd 472/23/2012 9:50:01 AM2/23/2012 9:50:01 AM