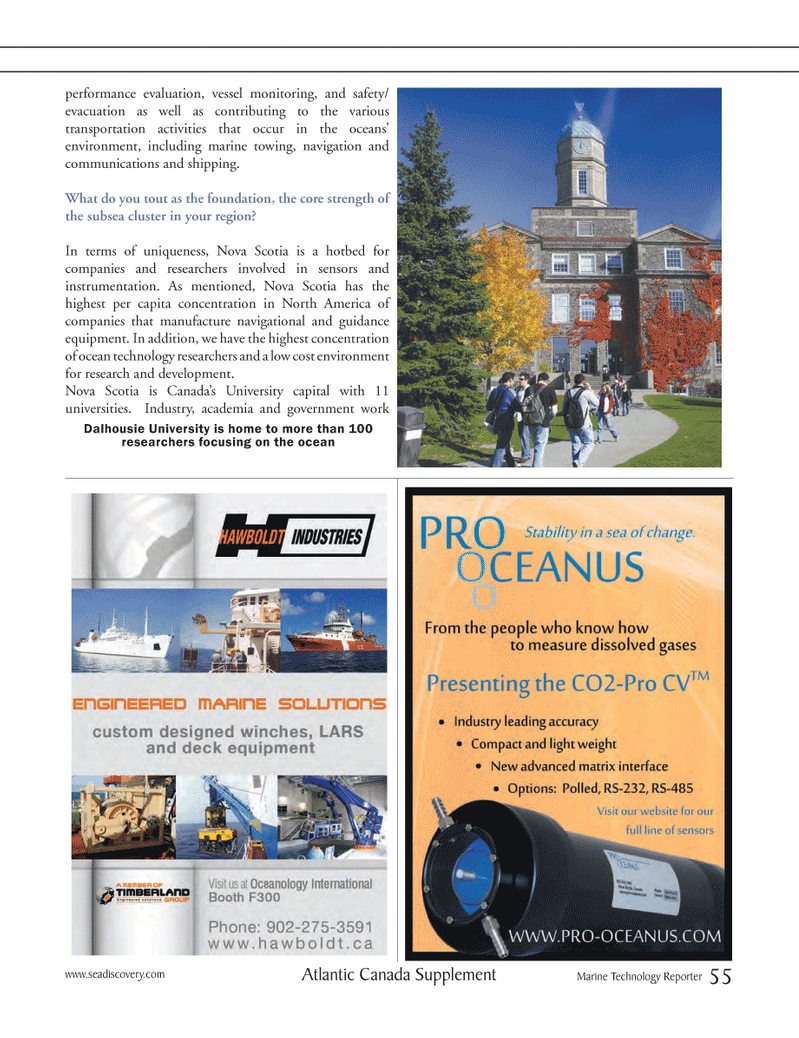 Atlantic Canada Supplementwww.seadiscovery.com Marine Technology Reporter 55performance evaluation, vessel monitoring, and safety/ evacuation as well as contributing to the various transportation activities that occur in the oceans? environment, including marine towing, navigation and communications and shipping.What do you tout as the foundation, the core strength of the subsea cluster in your region? In terms of uniqueness, Nova Scotia is a hotbed for companies and researchers involved in sensors and instrumentation. As mentioned, Nova Scotia has the highest per capita concentration in North America of companies that manufacture navigational and guidance equipment. In addition, we have the highest concentration of ocean technology researchers and a low cost environment for research and development. Nova Scotia is Canada?s University capital with 11 universities. Industry, academia and government work Dalhousie University is home to more than 100 researchers focusing on the ocean MTR2 Canada Supplement 49-64.indd 55MTR2 Canada Supplement 49-64.indd 552/23/2012 10:23:02 AM2/23/2012 10:23:02 AM