Great Yarmouth based marine technology experts Subsea Technology and Rentals (STR) announced the supply of two SeaSpyder underwater camera systems to the Association of Inshore Fisheries and Conservation Authorities (AIFCA), for use by its 10 individual statutory organizations. The delivery of SeaSpyder underwater camera systems and deployment solution to the IFCAs is to improve their ability to gather information on seabed habitats and species across England’s inshore waters. This work is to support Defra’s ambitious target of achieving a well-managed network of marine protected sites by 2016. The SeaSpyder underwater drop camera system is part of a family of field proven underwater camera systems manufactured by STR for the marine survey and environmental communities. The SeaSpyder is designed for operation in shallow-medium water depths with the standard system having a working depth range of 500m. For applications demanding a deeper rating, a “telemetry” model is offered which operates over longer cable lengths for operation down to 1000m. Both models are fitted with a next generation digital SLR camera offering high resolution digital stills and HD video for the highest imagery detail.
www.str-subsea.com 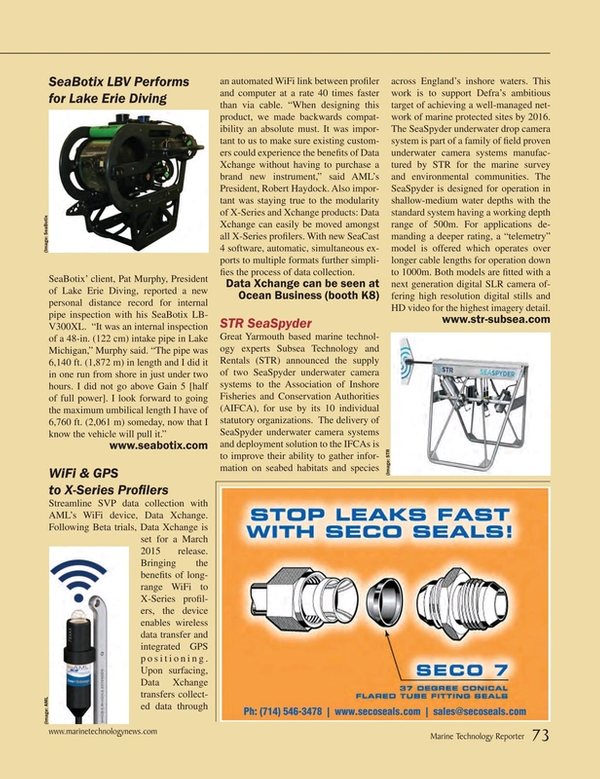