Subsea technology has begun to change the way we explore, manage and defend the marine environment. Fleets of unmanned vehicles will create sensor networks above and below the ocean’s surface and the ever-involving capabilities of these systems promise a future of robotic workforces completing dozens of complex tasks in challenging and dynamic marine environments. This will be especially vital in undersea defense as advancements in underwater technology brings about an age of stealth unmanned underwater vehicles (UUV) and intelligent submarines. The issue remains with reduced budgets and high associated costs of UUV operations from surface ships, hindering the speed to which an autonomous robotic future can be reached. Better known for their work in the Aerospace sector, Boeing aspires to deliver the defense and commercial sectors a game-changing UUV, in the revolutionary form of Echo Voyager. 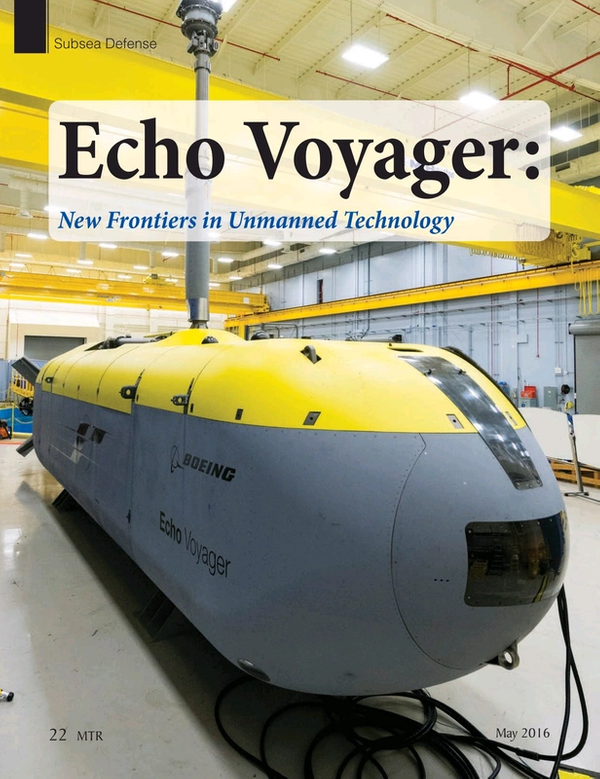 Other stories from May 2016 issue