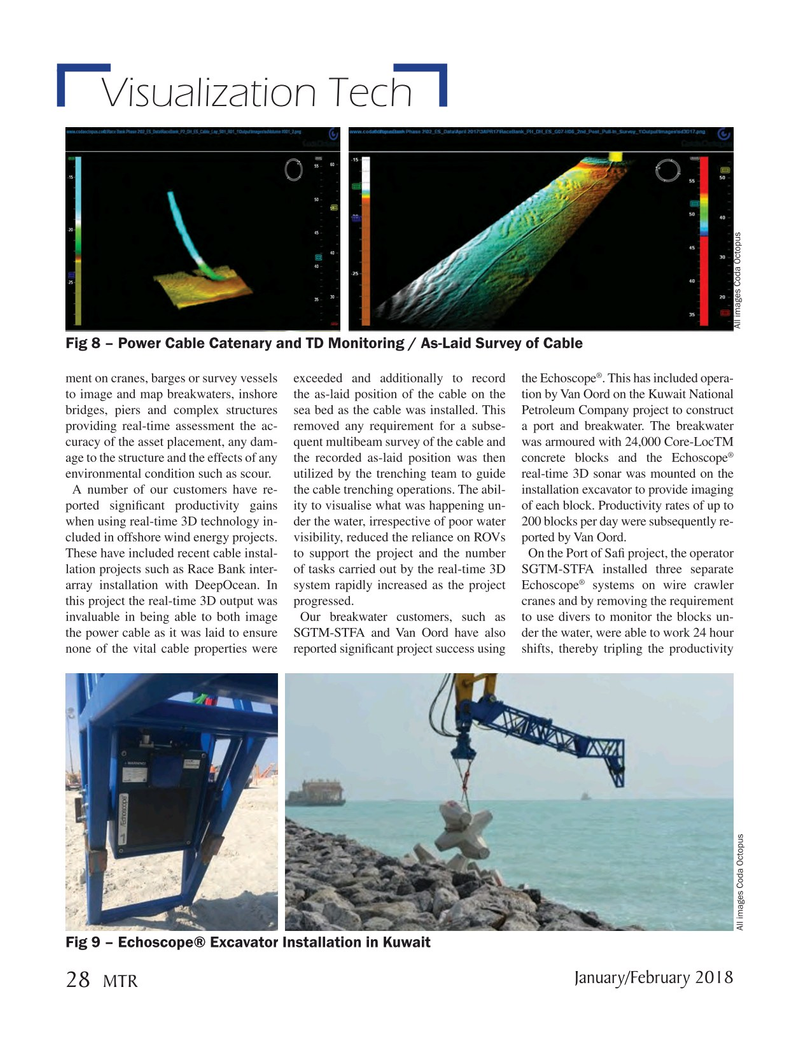 Fig 8 – Power Cable Catenary and TD Monitoring / As-Laid Survey of Cable ® ment on cranes, barges or survey vessels exceeded and additionally to record the Echoscope . This has included opera- to image and map breakwaters, inshore the as-laid position of the cable on the tion by Van Oord on the Kuwait National bridges, piers and complex structures sea bed as the cable was installed. This Petroleum Company project to construct providing real-time assessment the ac- removed any requirement for a subse- a port and breakwater. The breakwater curacy of the asset placement, any dam- quent multibeam survey of the cable and was armoured with 24,000 Core-LocTM ® age to the structure and the effects of any the recorded as-laid position was then concrete blocks and the Echoscope environmental condition such as scour. utilized by the trenching team to guide real-time 3D sonar was mounted on the

A number of our customers have re- the cable trenching operations. The abil- installation excavator to provide imaging ported signi? cant productivity gains ity to visualise what was happening un- of each block. Productivity rates of up to when using real-time 3D technology in- der the water, irrespective of poor water 200 blocks per day were subsequently re- cluded in offshore wind energy projects. visibility, reduced the reliance on ROVs ported by Van Oord.

These have included recent cable instal- to support the project and the number On the Port of Sa? project, the operator lation projects such as Race Bank inter- of tasks carried out by the real-time 3D SGTM-STFA installed three separate ® array installation with DeepOcean. In system rapidly increased as the project Echoscope systems on wire crawler this project the real-time 3D output was progressed. cranes and by removing the requirement invaluable in being able to both image Our breakwater customers, such as to use divers to monitor the blocks un- the power cable as it was laid to ensure SGTM-STFA and Van Oord have also der the water, were able to work 24 hour none of the vital cable properties were reported signi? cant project success using shifts, thereby tripling the productivity