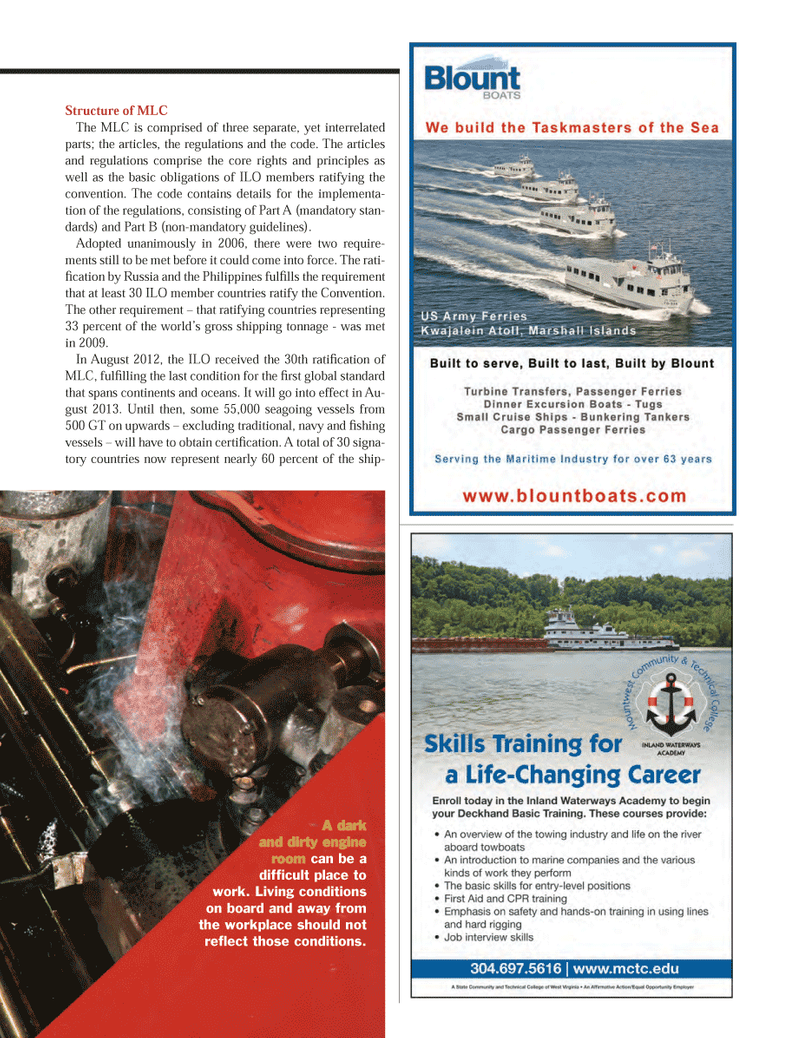 Structure of MLC The MLC is comprised of three separate, yet interrelated parts; the articles, the regulations and the code. The articles and regulations comprise the core rights and principles as well as the basic obligations of ILO members ratifying the convention. The code contains details for the implementa- tion of the regulations, consisting of Part A (mandatory stan- dards) and Part B (non-mandatory guidelines). Adopted unanimously in 2006, there were two require- ments still to be met before it could come into force. The rati- Þ cation by Russia and the Philippines fulÞ lls the requirement that at least 30 ILO member countries ratify the Convention. The other requirement Ð that ratifying countries representing 33 percent of the worldÕs gross shipping tonnage - was met in 2009.In August 2012, the ILO received the 30th ratiÞ cation of MLC, fulÞ lling the last condition for the Þ rst global standard that spans continents and oceans. It will go into effect in Au- gust 2013. Until then, some 55,000 seagoing vessels from 500 GT on upwards Ð excluding traditional, navy and Þ shing vessels Ð will have to obtain certiÞ cation. A total of 30 signa- tory countries now represent nearly 60 percent of the ship- A dark and dirty engine room can be a difÞ cult place to work. Living conditions on board and away from the workplace should not reß ect those conditions. MP #4 34-49.indd 37MP #4 34-49.indd 3711/12/2012 10:42:31 AM11/12/2012 10:42:31 AM