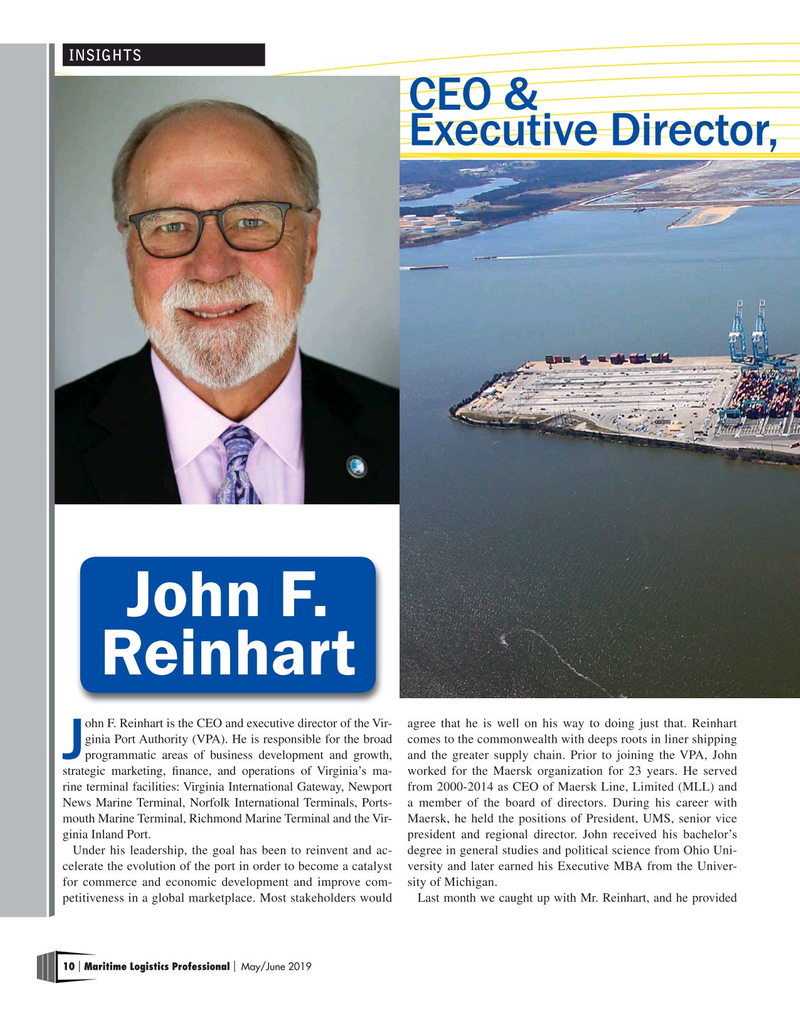 Reinhart ohn F. Reinhart is the CEO and executive director of the Vir- agree that he is well on his way to doing just that. Reinhart ginia Port Authority (VPA). He is responsible for the broad comes to the commonwealth with deeps roots in liner shipping programmatic areas of business development and growth, and the greater supply chain. Prior to joining the VPA, John

News Marine Terminal, Norfolk International Terminals, Ports- a member of the board of directors. During his career with mouth Marine Terminal, Richmond Marine Terminal and the Vir- Maersk, he held the positions of President, UMS, senior vice ginia Inland Port. president and regional director. John received his bachelor’s

Under his leadership, the goal has been to reinvent and ac- degree in general studies and political science from Ohio Uni- celerate the evolution of the port in order to become a catalyst versity and later earned his Executive MBA from the Univer- for commerce and economic development and improve com- sity of Michigan.

petitiveness in a global marketplace. Most stakeholders would Last month we caught up with Mr. Reinhart, and he provided 10 Maritime Logistics Professional May/June 2019 | |