An overflow throng of members and friends of the industry were on hand for the annual membership meeting of the Western Shipbuilding- Association, which was held in the Pavilion Room of the Fairmont Hotel, San Francisco, Calif., on January 18, 1974. George W. Wintz, outgoing president of the Association following three full years at the helm, reported on the intensive activities of WSA in 1973, during its successful efforts to convince the Congress of the great need for more Navy ship repair work. He gave special credit to E.J. Glenn, assistant to the WSA president for three years, commending him for his fine work in personally supplying members of 'Congress with fact sheets, statistics, and other material documenting the private shipyard case in the Navy issue.

Mr. Wintz declared that the success of the 'Congressional contact program was the result of a highly coordinated effort in which Western Shipbuilding Association officers, directors and members of the executive board worked closely with officials of the Shipbuilders Council of America, New England Ship Repair Yard Association, and New York New Jersey Dry Dock Association. Two labor organizations— Industrial Union of Marine and Shipbuilding Workers of America (IUMSWA) and Pacific 'Coast Metal Trades District Council— were also highly commended for the important part they played in the overall effort.

For the benefit of members who were unable to attend the annual meeting, the January 2, 1974 election of directors by mail resulted in election of the slate as nominated by the nominating committee and submitted to the membership for vote.

The guest speaker, the Honorable Robert J. Blackwell, Assistant Secretary of Commerce for Maritime Affairs, discussed the growing backlog of construction contracts for U.S. merchant ships in West Coast shipyards. He forecast a resurgence of the Pacific Coast shipbuilding industry, which had been almost dormant for a time, with only seven ships built on the entire West Coast from 1963 to 1972. According to Mr. Blackwell, the West Coast shipbuilding industry within the next new months could have on its books more than 2.6-million tons of merchant shipping valued at more than $1 billion, a far cry from the five-ship $60-million order book of 10 years ago.

Thomas B. Crowley, newly elected president of Western Shipbuilding Association for 1974, will be serving in that capacity for the third time. He previously held the organization's top post in 1968 and 1969, two highly important years in which the efforts of the Association at the time of Congressional hearings on the Merchant Marine Act of 1970 were credited with having been largely responsible for retention in the new legislation of the "'Buy American" clause in its exact language of the 1936 Act. The Association at the same time had also lent vigorous support to the inclusion of several other essential sections that appeared in the final language . of that historic legislation.

Mr. Crowley has vowed complete support and implementation of the recent important programs of the Association directed toward betterment and preservation of the private shipyard industry and its many related industries, trades and crafts.

Robert E. Mayer, who was seated as an honored guest at the head table, was cited for the dedicated manner in which he contributed freely of his personal time and efforts on behalf of the Western Shipbuilding Association from the time of its founding in 1959 to the date of his resignation in 1973. Mr.

Mayer, who served as the first secretary of the Association and its president in 1966 and 1967, was in his second year as chairman of the board when he resigned on May 22, 1973, the date he left the shipyard industry to accept the post of vice president with States Steamship Company. 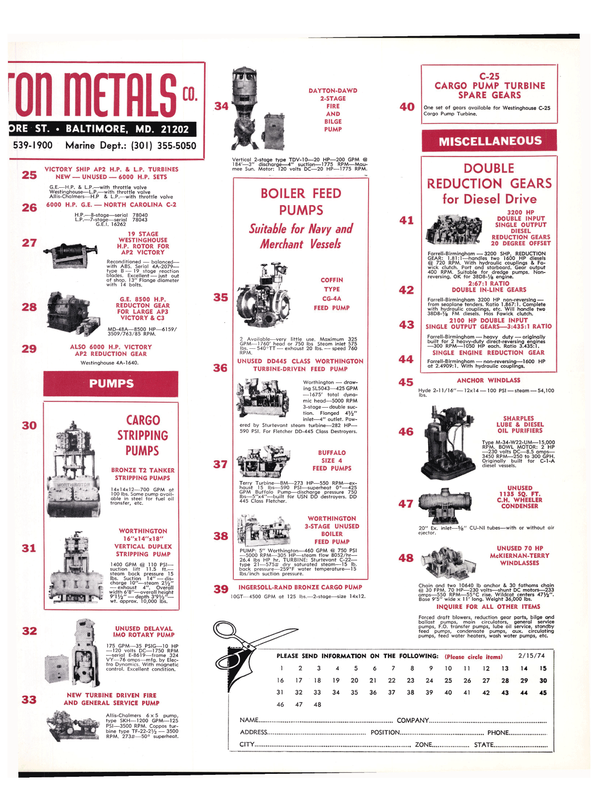