Tridents, larger than World War II cruisers, will be 560 feet long, and will displace 18,750 tons.

Spectators at the launching were treated to a preview of how the first Trident sub, Ohio, will be launched next year. The Ohio is under construction next to the graving dock.

The Jacksonville is the only 688-Class submarine scheduled to be launched from the facility. A number of sisterships in various stages of construction at the shipyard will slide into the Thames River from inclined building ways.

Vestiges of those time-honored sliding launches remained in the new launching method. There was a launch count down.

The United States Coast Guard Band played "Anchor's Aweigh" and a bottle of champagne was smashed by the sponsor, Mrs.

But hallmarks of the new era were also a part of the ceremonies. The bottle crashed against the after end of the sub's fairwater (superstructure), not on the bow. And, in the most noticeable break with the launching heritage, the ship was already afloat.

The actual launching process began when a team of 17 carpenters, riggers and electricians moved the sleek sub 75 feet sideways onto the massive 100-foot by 500-foot launch pontoon.

In the move, the ship rode 17 strongbacks propelled by 38 electric motor driven transfer cars—key elements in the most advanced complex of its type in the Free World. Then, the graving dock was readied to float the Jacksonville.

The new launching operation involves superflooding the dock above the river level to float the pontoon clear of its supports and pumping the graving dock out to lower the pontoon to the bottom. Then the dock and the pontoon are flooded simultaneously. The pontoon remains on the bottom of the dock and the ship floats free. The dock holds 37 million gallons of water when full. The flooding process takes slightly more than 12 hours.

Electric Boat engineers and naval architects who designed the facility were at the Jacksonville launching, along with thousands of Electric Boat employees and their families, to watch the event that will signal the beginning of a new era for Electric Boat and a hallmark in the development of submarine construction.

P. Takis Veliotis, vice president of General Dynamics and general manager of the Electric Boat Division, told the guests: "The new facility is a major commitment by General Dynamics to the future of Electric Boat, its workers, their families, and the community at large. It is a commitment to the Navy that we will do whatever is necessary to upgrade our facilities and capabilities to serve the Navy's needs." Mr. Veliotis told the guests that Electric Boat had delivered four submarines to the Navy this year, launched two more, and another is scheduled for sea trials within days.

Other participants in the christening included Secretary of the Navy W. Graham Claytor Jr., and Mayor Hans G. Tanzler of Jacksonville, Fla. 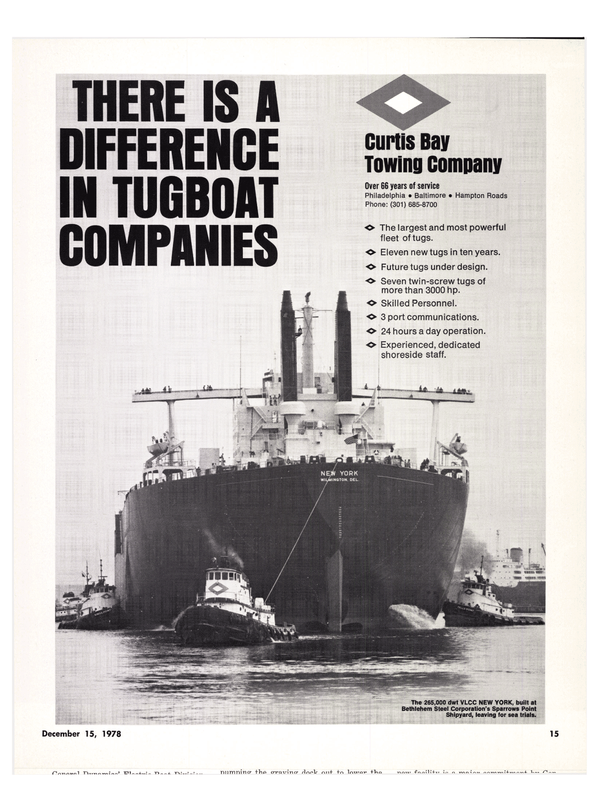