Amoco (UK) Exploration Company, an operator for the license group concerned*, announced it has placed a contract with Mc- Dermott Scotland, of Ardersier in Scotland, for the construction of the platform jacket for its North West Hutton oilfield in the U.K.

sector of the North Sea. The contract will be worth approximately 55 million pounds (about $120 million).

Completion is scheduled for mid-1981, when the jacket will be floated out to the field location.

It is expected about 500 to 600 workers at Ardersier will be employed on the jacket project. This will involve, at one time or another, most of the approximately 1,400 total work force currently at the yard. It is also possible recruitment of additional workers may be required.

North West Hutton oilfield is scheduled to begin production in 1982, building up to a daily output of around 100,000 barrels of oil, and 35 million cubic feet of gas.

The semisubmersible rig Venture I began drilling the first production well on the field through a 20-slot seabed template last October, less than three months after the government gave its approval for the 500-million-pound development of the field *The group of companies for which Amoco is operator on the North West Hutton oilfield is as follows: Amoco (UK) Exploration Company (Operator), Gas Council (Exploration) L i m i t e d, Mobil North Sea Limited, and Amerada Petroleum Corporation of the United Kingdom, North Sea Inc. 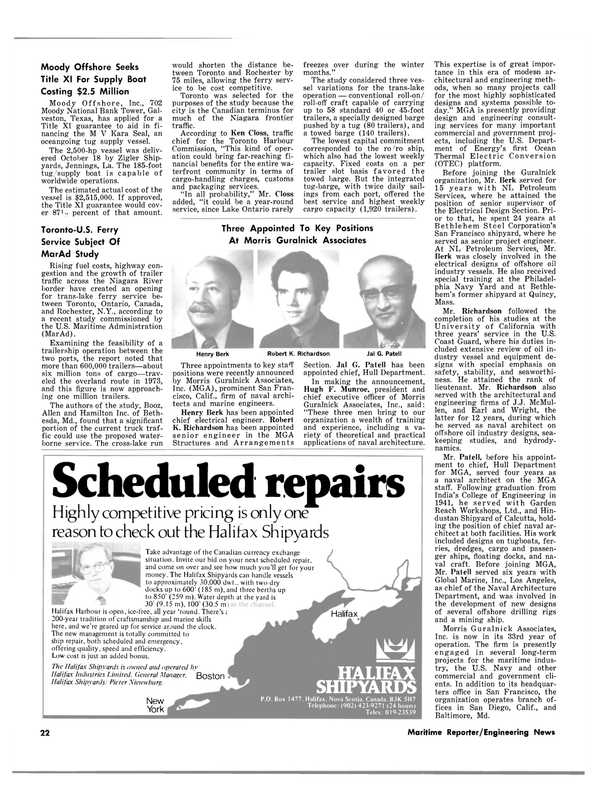