Mr. Smith also announced the appointment of Prentiss D. (Tad) Willcutt as manager of Crescent's new Mobile fleet, which is being manned by all Mobile-area experienced crews. Mr. Willcutt, a native Mobilian, has been associated with Mobile Bay maritime operations since 1970.

"The two Crescent tugs assigned to Mobile are only the first of an expanding fleet operation planned f o r the Alabama Division," Mr. Smith stated. "We are confident that the Port of Mobile will continue to grow and that more of our Crescent Fleet tugs will be needed in the future to accommodate the port's growth," he said.

Crescent's Mobile tugs are berthed at the Alabama State Docks. The company's administrative offices are located in the First National Bank Building. 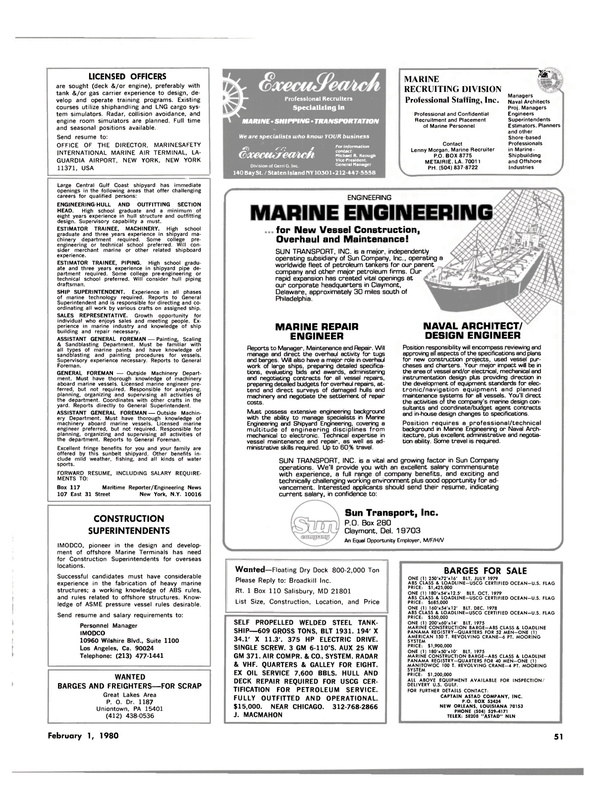