J.J. Henry Co., Inc., consulting naval architects and designers of many distinctive ships since its establishment in 1947, has opened a branch office in Houston, Texas, it was announced by Charles Zeien, president.

Mr. Zeien stated that the Houston office, which is under the management of David Logan, will serve marine transportation and offshore companies located in the Gulf area. It supplements the engineering and design facilities of the J.J. Henry Co. heretofore located primarily in the Northeast part of the country.

J.J. Henry Co. is well-known to Gulf Coast companies. Its services to Gulf clients have included the design of bulk carriers for the Caribbean Steamship Company, Lykes SEABEES barge carriers, El Paso LNG vessels, and most recently, 10 tugs of the Hvide Catug type. Three of the latter are under construction at Avondale Shipyards, New Orleans, La., for Occidental Corporation; six at Halter Marine, New Orleans, for Amerada Hess/Apex Marine; and one at Halter for California and Hawaiian Sugar Co. In addition, three super phosphoric acid barges under construction at Avondale for Occidental were designed by J.J. Henry Co. 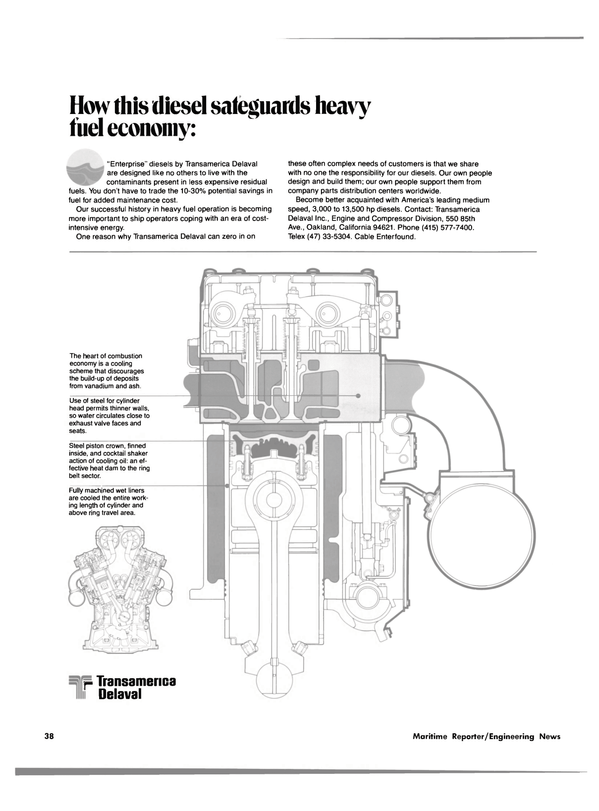