Eugene K. Pentimonti has been named vice president, Engineering at American President Lines, Ltd., Oakland, Calif. His responsibilities include overseeing all engineering design and construction of vessels, f a c i l i t i e s and equipment.

The announcement was made by Henry Kozlowski, senior vice president, Planning and Control.

Mr. Pentimonti joined American Mail Line (which subsequently merged into APL) in 1972. He has served as director of engineering for APL since 1973, concentrating on the engineering aspects of the company's shift to containerization in the early 70s.

Mr. Pentimonti is a graduate of the U.S. Merchant Marine Academy, Kings Point, N.Y., and the Massachusetts Institute of Technology.

Prior to joining APL, he sailed as an engineer and worked in a Seattle shipyard. He is based at the company's headquarters in Oakland. 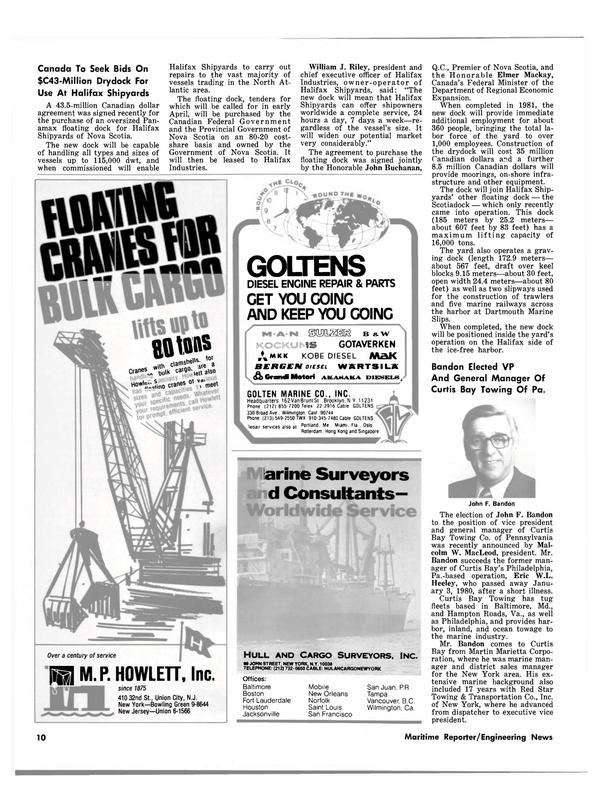