Student Paper Presented At The New England Section Of SNAME

At the fourth meeting of the New England Section of The Society of Naval Architects and Marine Engineers, Todd P^ltzer, Ensign, USN, presented a paper entitled "On the Use of High-speed Photography in the S t u d y of P r o p e l l e r Cavitation." Ensign Peltzer is a recent graduate at the Massachusetts Institute of Technology, having received his S.B. degree in naval architecture and marine engineering in June 1979.

The speaker discussed in detail research conducted at M.I.T. during the 1978-79 academic year, involving the use of high-speed photography in the study of propeller cavitation.

The objective of this research was to obtain a set of photographs from which the extent of cavitation could be determined quantitatively. As background, the significance of such measurements to the general study of cavitation was discussed. The difficulties encountered in previous attempts at the use of high-speed photography in cavitation research were also discussed.

The solution to these problems was the motivation for the use of some advanced photographic techniques. In particuar, the introduction of Kodak Ektachrome 400 film, and the development of a digital time-delay unit made possible a detailed photographic survey of propeller cavitation. These photographic techniques formed the basis for experiments which produced a series of photographs of a five-bladed, gold-anodized propeller, taken at one degree intervals, and at cavitation indices of 2.05, 2.5, and 3.0.

While the quality of these photographs was excellent, geometrical distortions precluded any meaningful quantitative measurements of cavitation extent.

Here, the fixed wake screen used in the previous experiment was replaced by a rotatalile wake screen, allowing the propeller to be photographed in a singe orientation and yet still achieve the desired variation in flow. From these measurements, an estimation of cavity volume was made yielding a history of cavity formation and collapse.

These volume estimates very closely agree, within experimental limits, with the prediction of a numerical lifting surface computer model. 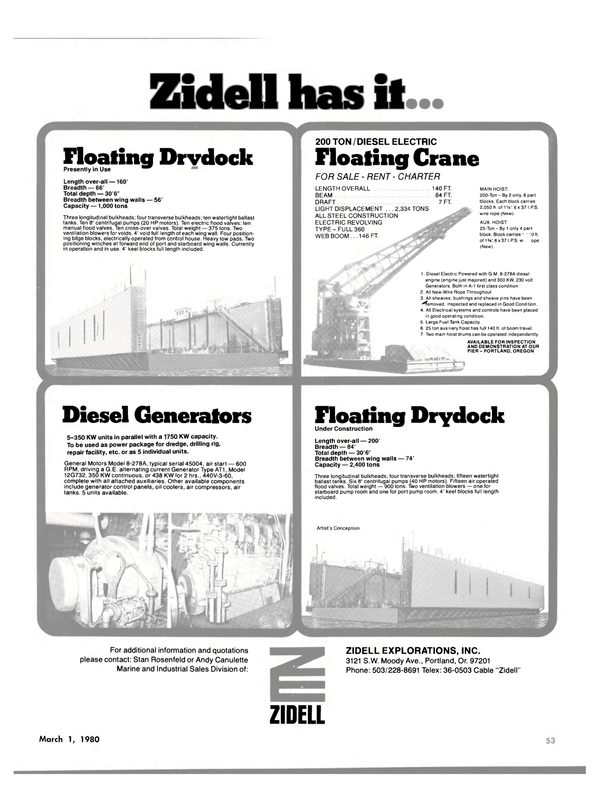