Keyes Offshore, Inc. of Houston, Texas, and the Ingalls Shipbuilding Division of Litton Industries recently announced an agreement for the construction of two offshore oil drilling rigs at Ingalls facilities in Pascagoula, Miss.

Keyes Offshore president Bill Keyes said the first of the selfelevating "jackup" rigs will be ready for drilling operations in early 1981. Value of the two-rig construction contract with Ingalls is about $35 million.

Len Erb, senior vice president of Litton Industries and president of Ingalls, said work on the rigs would begin immediately with detail design and material and equipment procurement. F a b r i c a t i on will start in May.

Designed by the naval architectural firm of Friede and Goldman of New Orleans, La., the rigs will be capable of operating in water depths of up to 300 feet, and will be able to drill to depths of 20,000 feet. The rigs' selfelevating feature, a jacking system which allows the hull of the structure to raise or lower itself on its support legs, will provide the units with maximum flexibility for ocean transit and operation positioning.

With accommodations for 56 personnel, the 5,500-ton mobile units will be 180 feet long and 175 feet wide. In addition to the two new rigs being ordered from Ingalls, Keyes has two other drilling units under construction.

Ingalls, a designer and builder of marine structures for defense and commerce since 1938, will construct the new rigs at its 800- acre facility in Pascagoula, Miss. 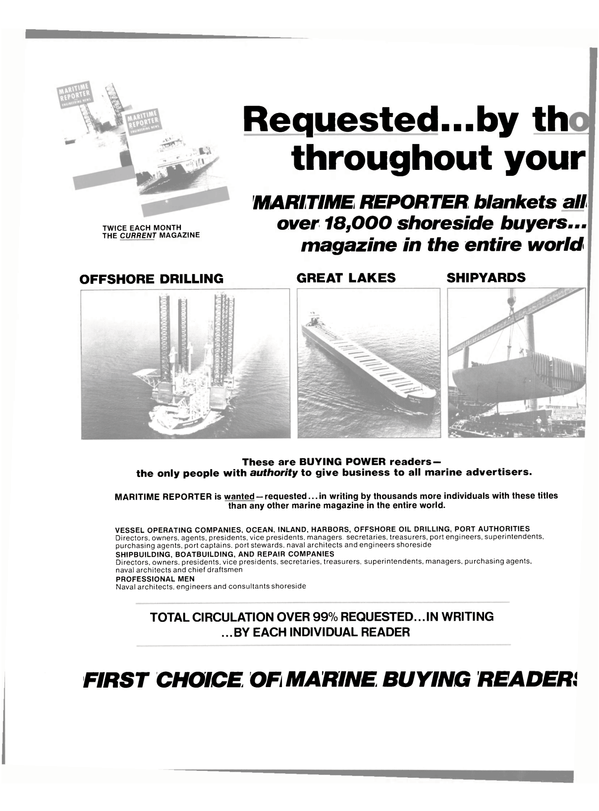