A 3,500-ton-lift-capacity drydock for the repair and maintenance of small ocean craft, inland waterway tugs, and barges of up to about 6,000 dwt was dedicated recently at the New Orleans Division of Todd Shipyards Corporation.

The new 306-foot by 65- foot drydock, combined with the addition of a 450-foot wharf and the reconstruction of another 525- foot wharf section, greatly enhances Todd's ability to service ships and barges operating in the New Orleans port area, John Meghrian, Todd vice president, said. The New Orleans Division has two other drydocks of 15,000 and 20,000 displacement tons for l a r g e r vessels, and is also equipped for new vessel construction, primarily river craft and barges.

The completion of the improvements will increase the Division's employment from 500 to approximately 625 when the new facilities become fully operational. The drydock required an investment by Todd of more than $3.5 million.

The wharf reconstruction and addition, built by the Port of New Orleans and recently completed, represented an investment of approximately $8.4 million.

This investment is part of an overall program to improve Todd's Gulf Coast shipyard facilities in order to better serve the area's growing maritime traffic. In October last year, Todd announced the purchase of a $40-million drydock for its Galveston, Texas, Division, which will enable that facility to service ships of up to 225,000 deadweight tons, or 94 percent of the present world fleet.

Todd also operates a shipyard in Houston with ship and barge construction and repair capabilities serving the petrochemical and offshore oil industries in the Gulf. 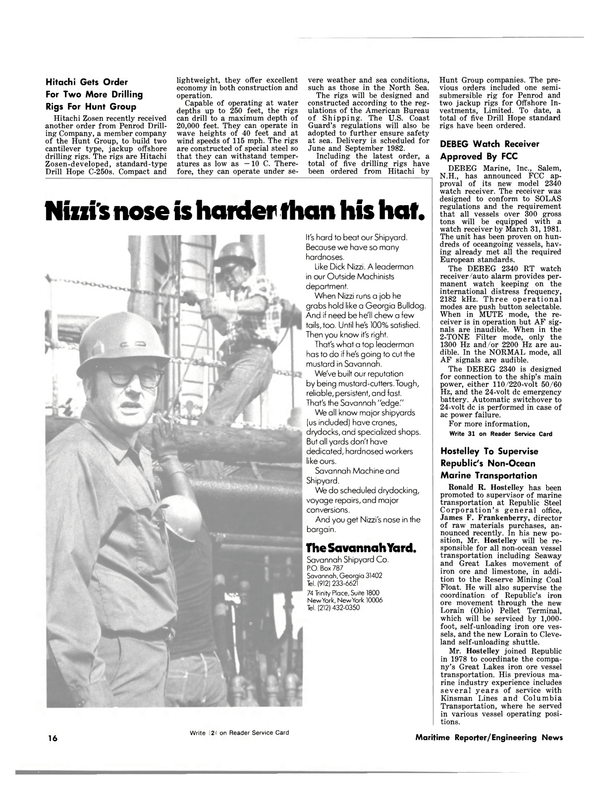