The new shipyard will produce high-quality, low-cost, marine air cushion landing craft for the U.S. Navy. The craft, designated "LCAC" (Landing Craft, Air Cushion) by the Navy, will be produced under a subcontract from Bell Aerospace. A U.S. Navy contract for the detail design and long lead materials for this new type of amphibious landing craft has been awarded to Bell. The contract contains two options for initial construction efforts for six craft. Follow-on plans call for construction of up to 107 craft in total.

The site for the new Bell Halter facility is on 14.7 acres of land directly adjoining an existing Halter shipyard in eastern Orleans Parish (County) adjacent to U.S. Highway 90 and Bayou Sauvage. This site provides direct access to the Intracoastal Waterway, the Mississippi River, the Mississippi River Gulf Outlet, and the Gulf of Mexico. In its present configuration, the facility consists of a 168,000-square-foot building. It is planned that approximately 110,000 square feet of additional manufacturing area will be added at a later date to meet increased production rates.

Special equipment is being developed and installed and it is anticipated that staffing will be underway by March 1982. Initially, 250 persons with general shipyard skills will be hired, with later expansion increasing that number to 600. 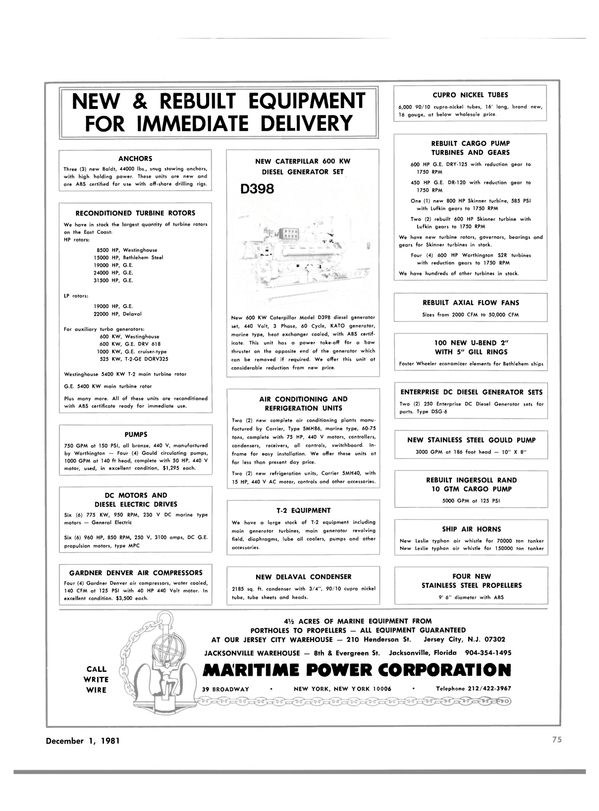