Another milestone in a growth story was announced by Frank Nemec, p r e s i d e n t of Marsea Agencies, Houma, La., who revealed recently that Marsea had taken delivery of their 13th supply boat, making the new Marsea group one of the prominent growth companies on the Louisiana Gulf Coast. By the end of 1981, additional deliveries will provide Marsea with a total fleet of 16 tug supply boats, value in excess of $60 million. Twelve of the vessels are 180 feet long and the others are 185 feet.

Working toward leadership in its field has been an objective of the management team of Marsea Agencies since it was established in November 1980 by Mr. Nemec, a former p r e s i d e n t of Lykes Steamship Lines, New Orleans.

In April of 1981, E.J. Hebert assumed the position of executive vice president and general manager of Marsea Agencies. A long-time executive in boat operation and construction in the Gulf Coast, Mr. Hebert, who had served as vice president of engineering for Quality Shipyards of Houma, was most recently manager of the domestic towing division of the Gulf Fleet Company.

He will be located at Marsea's main office on Bass Plaza Grand Caillou, Houma.

A large portion of Marsea's growth has been attributed by Mr. Hebert to the fact that it has "put all its eggs in one basket—tug supply boats." It is a decision which he believes enables the company to concentrate fully on standardization of service and maintenance, which has helped provide a supply boat fleet of dependability and performance.

Marsea expects to take delivery in 1982 of eight more supply boats, increasing its fleet to 24 tug supply boats with a value of about $100 million. 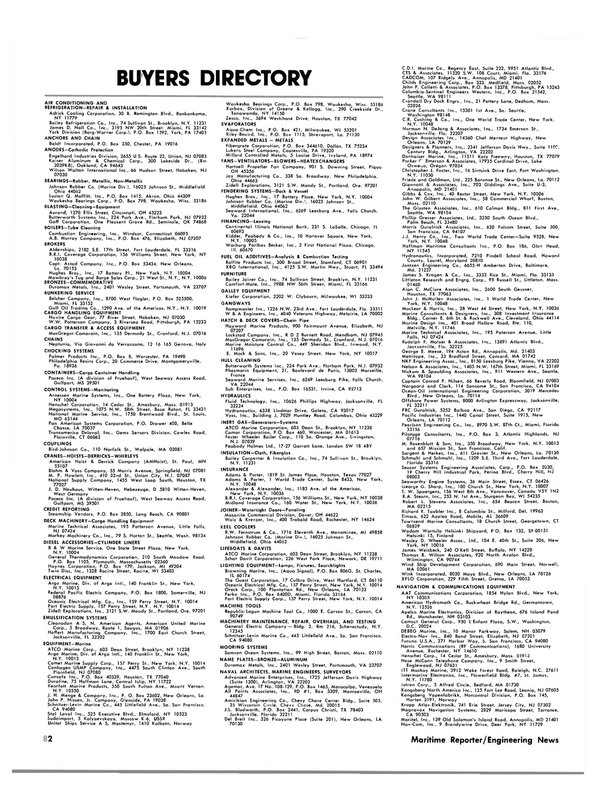