The largest hopper dredge ever built in the United States — the Stuyvesant — was launched at Avondale S h i p y a r d s recently.

The oceangoing dredge is owned by Stuyvesant Dredging Co., a partnership formed by the subsidiaries of Zapata Corp. and Boskalis Westminster Inc. The Stuyvesant will be operated and crewed by Williams-McWilliams Co. Inc. of New Orleans, a Zapata subsidiary.

The dredge is 372 feet long with a beam of 72 feet. It has a loaded draft of 29 feet and a cargo capacity of 8,800 cubic yards. The Stuyvesant has a total installed horsepower of 15,000 and can move at a speed of 12 knots. The dredge is equipped with twin 35-inch-diameter trailing suction pipes operated by hydraulic swell compensators, enabling the dredge to remove, load, and transport to sea substantial amounts of dredged material. The hull has 40 hinged doors fitted in the bottom which are activated by hydraulic rams.

The seagoing Stuyvesant is completely self-contained. It is capable of working in busy waterways without delaying normal shipping traffic, and can also operate in heavy sea and swell conditions.

The Stuyvesant was designed specifically for the development and maintenance of U.S. waterways.

After completion, anticipated for early 1982, the vessel will be available for work under contract to the U.S. Army Corps of Engineers and other customers.

holding company of the Royal Boskalis Westminster N.V. of the Netherlands-—a major international dredging, pipeline, and construction company. The dredge is being built to American Bureau of Shipping classification. 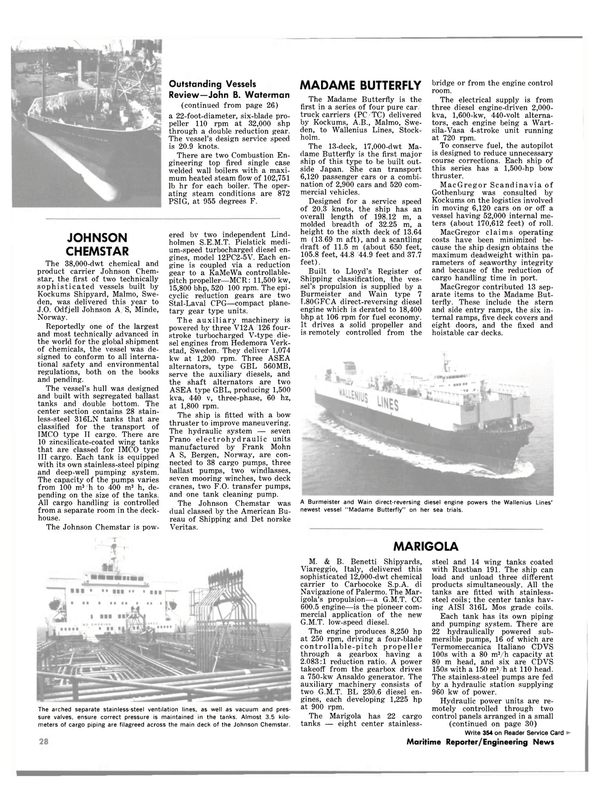