The action was taken at an awards ceremony held at the Palmer House Hotel, Chicago, in what has become a highlight event of the annual conference of the ship industry group that is held in conjunction with the meeting of the National Safety Council.

The three-day meeting of the Marine Section is the 64th yearly gathering of the unit since it was established in 1917.

The Marine Section is one of 28 separate industry groups that are part of the National Safety Council. 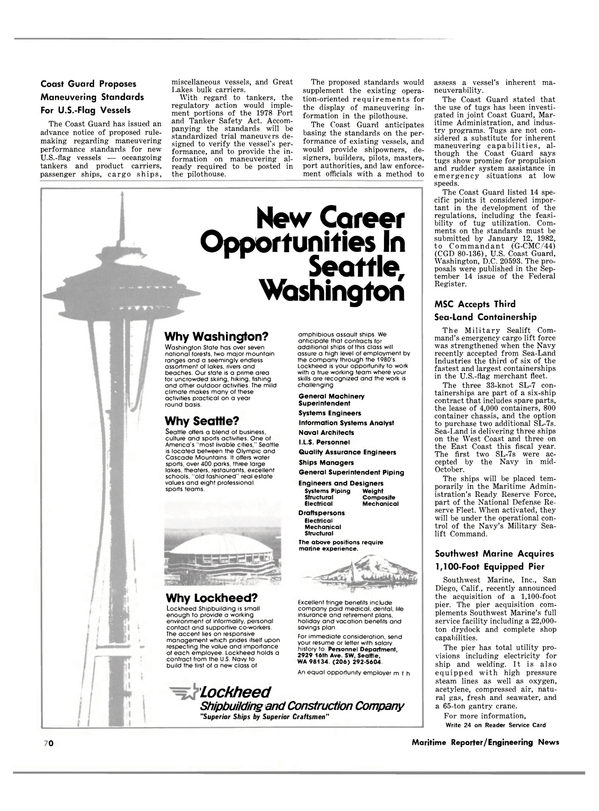