The awards cover production and integration effort for the third and fourth cruisers in the series, CG 49 and CG 50. Delivery of the weapon systems for these ships is scheduled for 1983-84.

The awards also encompass long-lead production items for CG 51, the fifth cruiser in the class.

The Aegis class's first ship, Ticonderoga, was christened May 16, 1981, by First Lady Nancy Reagan. Ticonderoga will be commissioned and join the fleet in early 1983.

The Aegis weapon system, which is the nucleus of the cruiser's combat system, was developed by RCA. Radar-based and computer-controlled, the system is capable of automatically detecting, tracking, and engaging multiple missile, aircraft, and surface threats simultaneously.

RCA produces AN/SPY-1A radar systems for the Aegis weapon systems which are assembled and tested — less ordnance — at RCA's Moorestown plant prior to delivery to Ingalls Shipbuilding.

RCA is also responsible for engineering and integrating the complete ship combat system.

Aegis cruisers form a new class of gas turbine-powered ships based on the proven hull and propulsion system designs of the Spruance-class destroyers. The Navy plans to build at least 18 of the Aegis cruisers during the 1980s. The $338.9-million awards include previously announced funding of $109.7 million for long-lead production for the third and fourth systems. 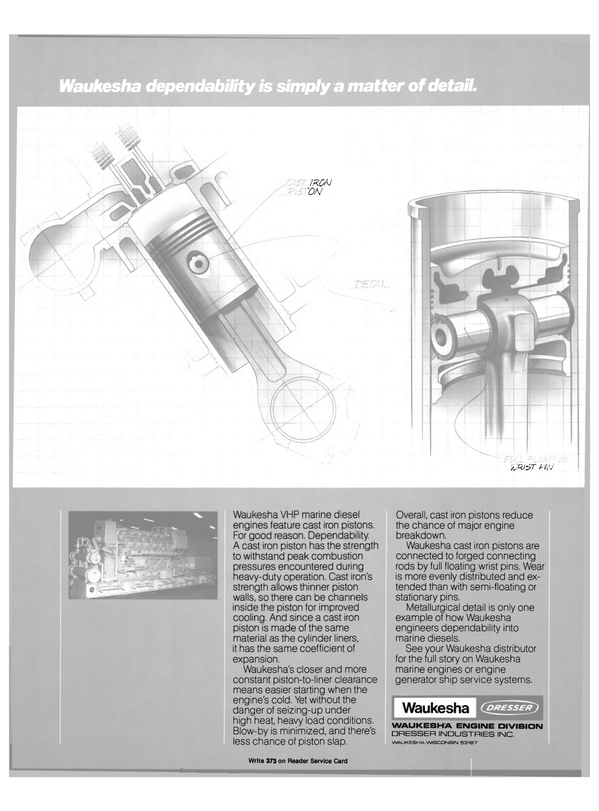