One of the many features that characterizes an LNG carrier is the presence of cargo boil-off, the result of heat leakage to the cargo f r om the surroundings. Until now, the boil-off has been utilized as fuel in producing steam f o r the steam-turbine propulsion plant. However, LNG has lately become comparatively expensive, and associated with relatively low thermal efficiency of the steampropulsion- plant system, the use of boil-off as fuel is now considered uneconomic.

The firm developed a project ship which is the result of comprehensive programs and analyses, where the following areas were closely studied: reduction of boil-off, improvement of propulsion efficiency, reduction of hull resistance and optimization of the economical speed of the vessel.

Research and development work over the last f ew years have led to improvements with respect to reduced heat leakage to the cargo tanks. By inserting a ring of austenitic steel, a thermal brake, in the skirt supporting the spherical tank, heat leakage through the skirt can be reduced by more than 50 percent. Further, insulation thickness can easily be increased without any effect on the ship's main dimensions. This combination of improved insulation thickness and a skirt with thermal brake may reduce the boiloff rate f r om 0.25 percent to 0.11 percent.

The recent developments of largebore slow-speed diesel engines with low fuel-oil consumption has made such plants most attractive f o r LNG ship application. Such installations, h o w e v e r , cannot utilize cargo boil-off in the conventional way and the installation of a reliquefaction plant for the cargo is required. This also will result in increased delivered quantities of LNG. Compared to a steam-propulsion plant without reheat, the savings in fuel expenses on a diesel plant with boil-off reliquefaction is in the region of 36 percent (energy prices mid 1981).

Due to the increasing fuel costs, Moss Rosenberg also believes that the economical speed of the future ship will be lower than what is normally used today.

Based on the firm's studies so far, the future LNG ship of their design might have the following particulars: cargo capacity of 130,000 cubic meters, a length between perpendiculars of 240 meters, a molded breadth of 48 meters, a molded depth of 27 meters, a draft of 11 meters, four cargo tanks with the first having a diameter of 36.8 meters and the other three of 40.7 meters and speed of about 18 knots. The propulsion machinery would consist of a large-bore slow-speed diesel engine with a maximum continuous rating of 26,000 kw. The auxiliary machinery would consist of three diesel generators.

Resides being attractive as far as construction costs are concerned, this project also is attractive as concerns the operating costs. Based on prices from August 1981, it may be possible to obtain savings for the projected ship of about $300,000 on a standard 21-days round trip when traveling at the economical speed of 18 knots.

The Moss Rosenberg spherical LNG tank design has been in operation since 1973. A total of 101 spherical cargo tanks are installed on board 20 carriers transporting LNG worldwide. 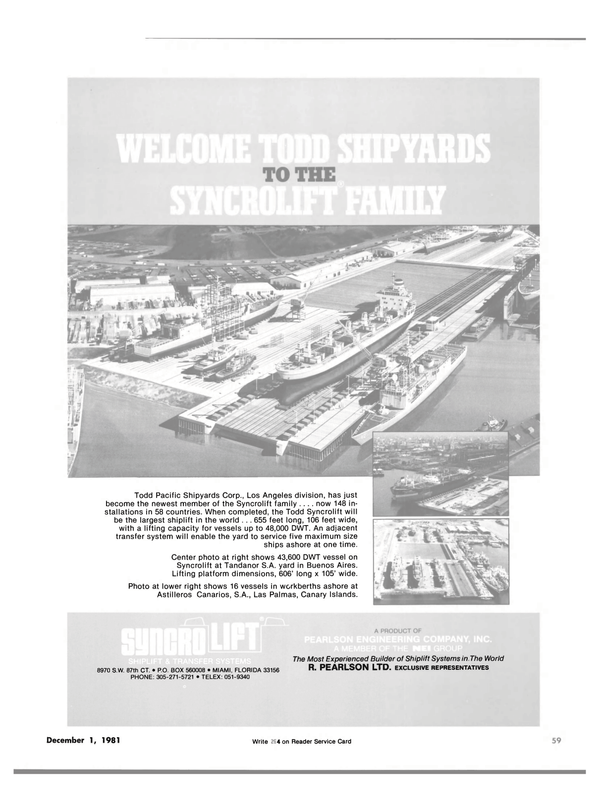