Daewoo Gets $425-Million Contract From Sonat For Six Semisubmersible Rigs

What is said to be the largest-ever order for offshore drilling rigs, a contract for six semisubmersibles worth $425 million, has been placed by Sonat Offshore Drilling of Houston with Daewoo shipbuilding & Heavy Machinery Ltd. of Korea.

The six rigs will be constructed to a design based on Gotaverken's GVA 4000, and will be capable of drilling in waters up to 3,000 feet deep and operating almost anywhere in the world. Deliveries are scheduled from late 1986 to 1989.

Sonat Drilling, with a current fleet of 21 offshore mobile rigs, also has two other semisubmersibles under construction. One was ordered in partnership with Wilh. Wilhemsen Enterprises Ltd. of Oslo, and will be long-term chartered to Norsk Hydro. The other was ordered by Sonat on speculation; it is under construction at Mitsui's Tomano Works in Japan with delivery scheduled for 1985. Total cost of these two rigs is about $145 million. 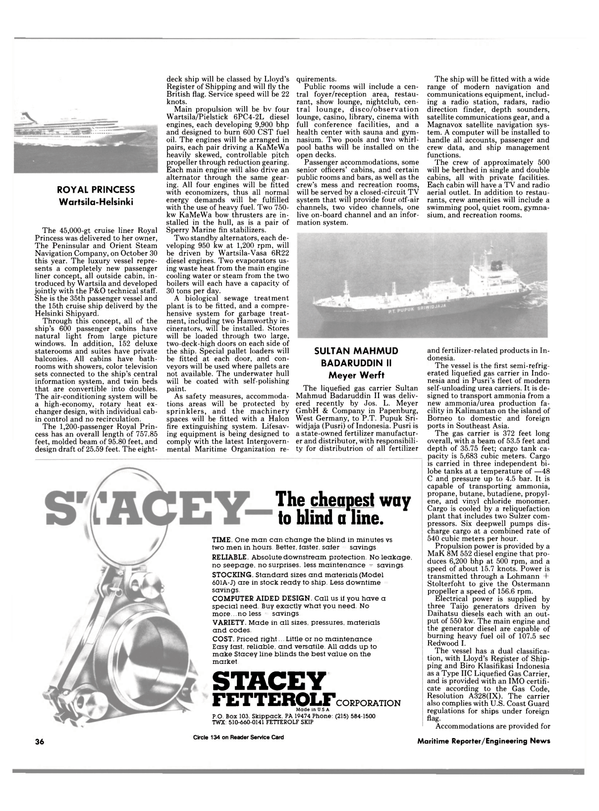