The Surface Effect Ship M/V Margaret Jill, built by Bell Halter Inc., was recently christened by her namesake, Mrs. Margaret Jill Hart, wife of an Offshore GAC Services, Ltd. executive. The ceremony was conducted aboard the vessel, which was docked at the Louisiana World Exposition following demonstration rides on the Mississippi River.

Offshore GAC Services Ltd. will operate the M/V Margaret Jill as a crewboat in the oil fields in the Gulf of Suez, offshore Egypt. The vessel is an air-supported craft with catamaran- style rigid sidehulls. A cushion of air trapped between sidehulls and flexible bow and stern seals lifts a large part of the sidehulls clear of the water to reduce drag, thereby producing greater efficiency and higher speed. The lower parts of the sidehulls remain in the water to aid in stability and maneuverability of the craft.

The Margaret Jill departed New Orleans following the commissioning ceremony and will begin operations in Egypt before the end of this year. 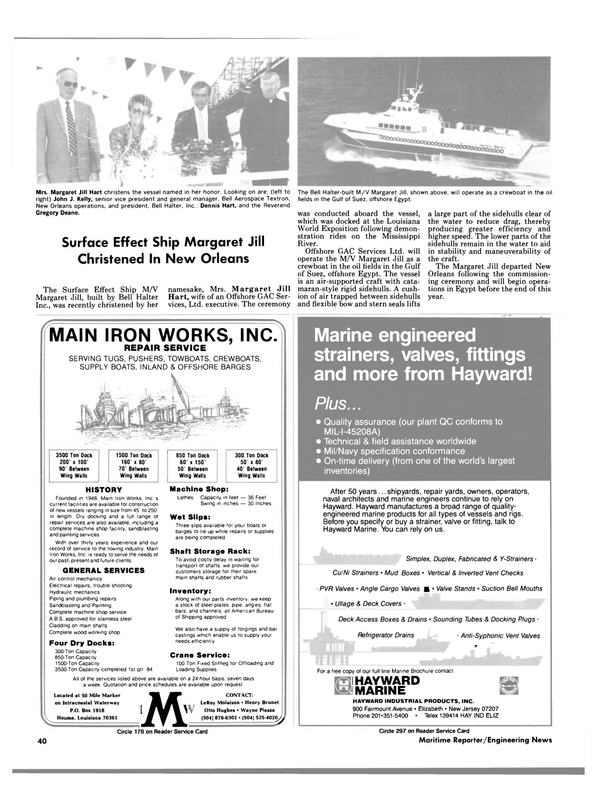