She is the third in a series of LSDs being built for the U.S. Navy by the yard.

The principal speaker at the christening ceremonies was U.S.

The ship's sponsor was Mrs.

Powered by four Colt-Pielstick medium-speed diesel engines for a total of 33,000 shp, the Tortuga is capable of service speeds in excess of 20 knots.

LSDs are multi-functional ships capable of a wide range of amphibious assault operations for the U.S.

Navy and Marine Corps. Their primary mission is to carry, launch and dock up to four Landing Craft, Air Cushion (LCAC) vessels. In combination with the LCACs, the LSD ships will allow Marines to make beach landings.

The LCACs which will be carried by the Tortuga and her sister LSDs are also being built by Avondale at its recently acquired Gulport marine facility.

The Tortuga, which is being built by Avondale with the use of modular construction techniques, is expected to be delivered in July 1989. 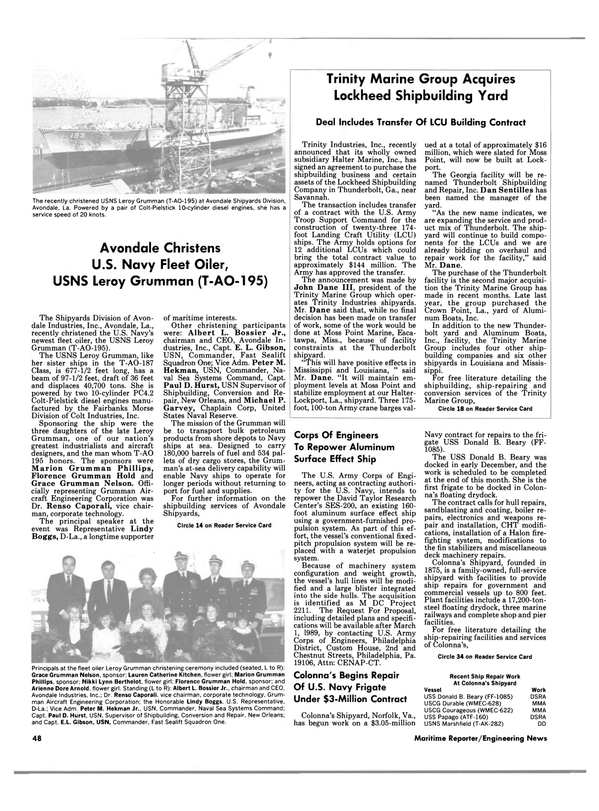