(VPSI) has delivered the Type 1200 Arctic Class 4 icebreaker Henry Larsen to the Canadian Coast Guard. She is now in operation providing large vessel escort service in the Gulf of St. Lawrence during the winter months and in the Eastern Arctic in the summer months.

Commenting on the delivery of the Henry Larsen, David Alsop, president and chief executive officer of VPSI, said the ship performed well during her sea trials and "we are confident the Government of Canada and the Coast Guard are taking delivery of a first class vessel that will meet all expectations." As reported in the September issue of MARITIME REPORTER, the Henry Larsen is 327.5 feet long, has a beam of 64.6 feet and displacement of 8,290 tons at a draft of 23.7 feet. She is powered by an AC marine propulsion plant consisting of three main generator sets, cycloconverters and synchronous motors.

She is also fitted with a Caterpillar emergency generator set.

The Henry Larsen can accommodate a crew of 72, has a cruising range of about 15,000 nautical miles, a cruising speed of about 13.5 knots and a total shaft horsepower of 12,000 kw through two Lips propellers.

Completed under a C$96.8-million contract as one of several newbuildings and modernizations planned or underway in the Canadian Coast Guard's Capital Projects, the Henry Larsen is one of Canada's largest icebreakers. To enhance her icebreaking capabilities and increase her maneuverability, she is fitted with a Wartsila Air Bubbling System, which reduces friction between the hull and the surrounding ice. Additionally, she is fitted with a heeling/stabilizing system by Intering of Germany through Jastram Canada.

The icebreaker is named in honor of Supt. Henry Larsen of the Royal Canadian Mounted Police who was in command of the RCMP ship St.

Roch when it made its historic 28- month voyage through the Northwest Passage in the early 1940s. 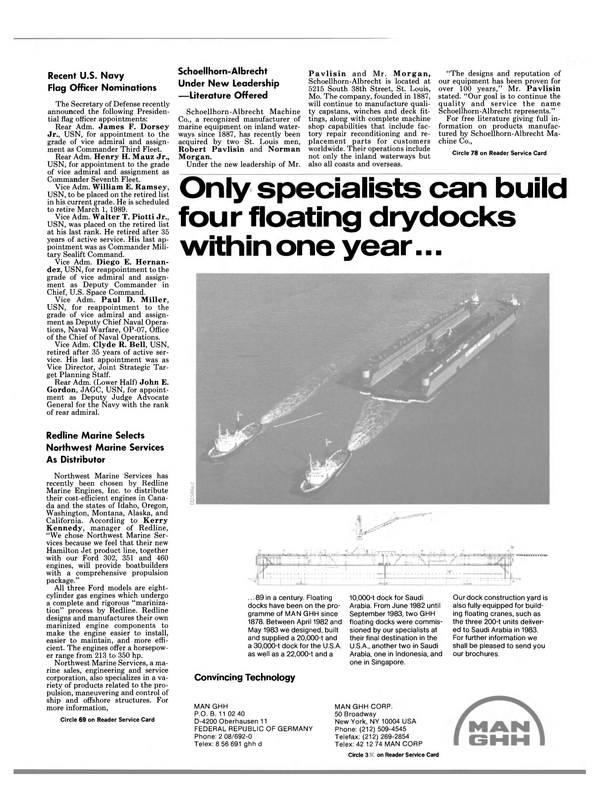