As 1990 drew to a close, the Portland Ship Repair Yard (PSRY) counted still another year of solid performance as one of the West Coast's leading commercial shipyards.

PSRY is now handling approximately 50 percent of all commercial ship repair on the coast as well as projects for the Navy and Coast Guard, Military Sea Lift Command, Maritime Administration, and other government ship repair customers.

(WSI)—and its oil module fabricator Wright, Schuchart Harbor Co., registered more than $200 million in gross sales during the past year.

Employment at PSRY soared during 1990 to a peak total of 3,470 jobs and an average job rate of 2,222 workers. This is the highest employment in 45 years at the Swan Island ship facility.

Wright Schuchart Harbor Company completed the biggest oil modules ever fabricated for ARCO Alaska Inc., which were part of a $40 million project sealifted from PSRY to the Alaskan North Slope oil fields.

A major activity during the year was the breakout and activation of four Ready Reserve Force ships layberthed at PSRY by Cascade and Northwest for Persian Gulf service.

With the rehabilitation of Berth 301 at PSRY late in the year, all five of the original repair berths have been upgraded and are ready to serve today's vessels.

About $8.8 million has been invested from shipyard revenues in the rehabilitation program which started in 1981.

For free literature on the facilities and capabilities of PSRY, Circle 25 on Reader Service Card 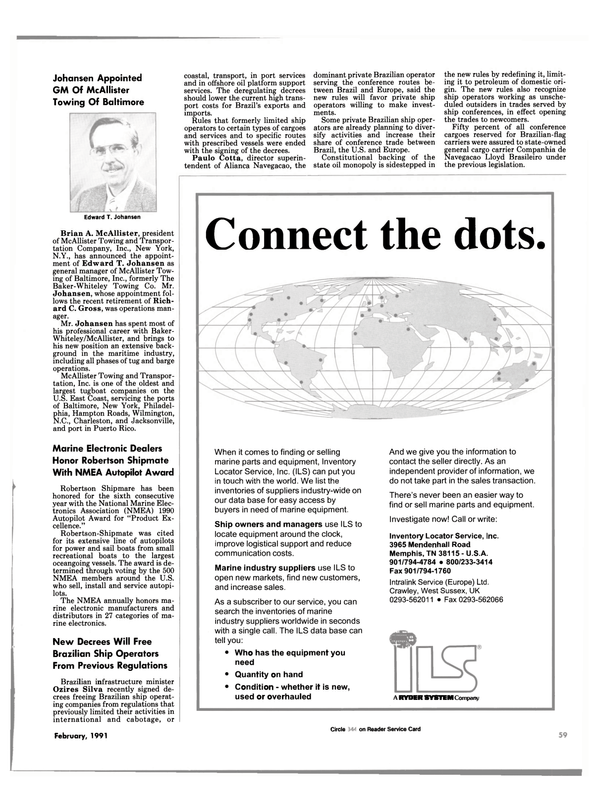