MARCO's Seattle, Washington, shipyard recently began the construction of two new freezer longliners for the North Pacific fishery and also completed the conversion of a crabber under a separate contract.

In the area of new construction, MARCO is building a 135-foot freezer longliner for Alaska Frontier Co. (AFCO) of Edmonds, Wash., and a 141-foot version for Deep Pacific Fishing Co. of Seattle.

Virtually identical to two boats built for AFCO and now in their second year of operation, the first boat will have a beam of 309 feet 10 inches, depth of 14 feet 11 inches and carrying capacity of 560,000 pounds of fish.

The slightly larger vessel for Deep Pacific will measure 141 feet 4 inches in length and will hold about 816,000 pounds of fish.

The two boats are scheduled for deliveries this summer and fall. According to MARCO officials, the yard also has an opening to build a third vessel for delivery prior to the end of 1991.

Under the the recently completed conversion contract, MARCO lengthened the Gulf Wind (ex-Pelagos) for owner Arctic Alaska. MARCO lengthened the crabber by adding a 30-foot section forward of the aft house. The conversion increased the 161-foot vessel's carrying capacity to 14,800 fta of freezer hold. The Washington yard also enlarged and modified the boat's superstructure, adding a new galley, mess and additional crew quarters. 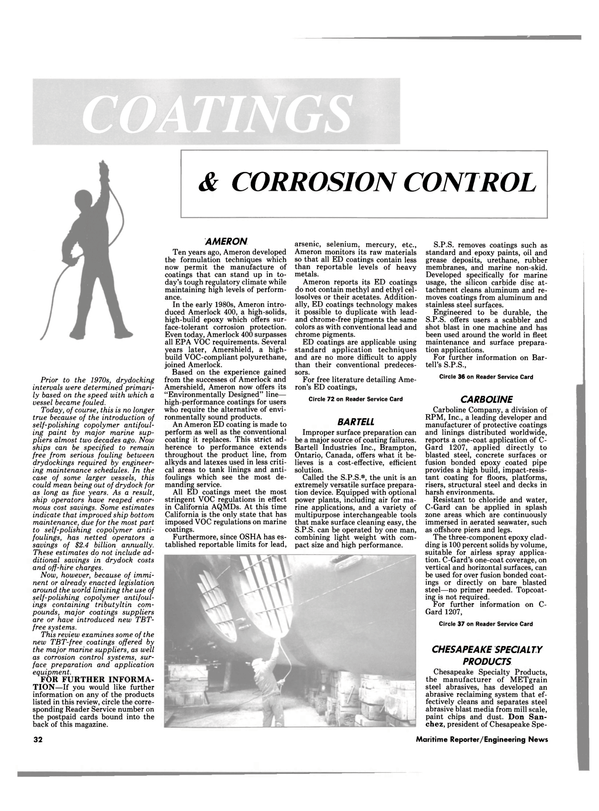