Marine and salvage company Titan Maritime plans to debut the world's first disassembling/portable shearleg crane. The Heavy Lift Salvage tool is comprised of two portable 1,000 metric ton • fi| capacity shearleg cranes and corresponding 1,000 metric ton deck tackle. Working in tandem, the crane pair, when combined with Titan's linear chain pullers, can lift up to 4,000 metric tons - a feat reportedly never before accomplished in this application. Shearleg cranes of many different magnitudes and sizes are currently used in different locations worldwide. AH of these cranes were purpose I I M built as permanent structures on floating barges. Titan's concept is unique because it is portable and not logistically limited by the location of the barge, or its registered flag. The Heavy Lift tool can be assembled on any available 300 x 900 ft. (91.4 x 27.4 m) barge, or individually put together on a 250 x 72 ft. (76.2 x 21.9 m) barge.

This was implemented to reduce the volume of crane components for shipping. Once disassembled and containerized, the Lift Tool can be shipped and reassembled anywhere in the world. But if an extreme circumstance should occur, the units can be air lifted for quick deployment. Titan's Heavy Lift Salvage Tool is the brainstorm of David Parrot, the company's founder and president. "Titan's success has been built on our ability to remain completely portable. All our equipment is highly portable, allowing Titan to rapidly respond to maritime casualties anywhere around the globe," Parrot said.

While a significant portion of existing shearlegs have been designed in Holland and Germany, Titan opted to wage a competition between firms based in both countries. Each company was told to submit their best "portable" shearleg concept - Overdick and Partners of Hamburg, Germany received the honor. The builders of the shearlegs will be Malaysianbased shipbuilding and repair company, Muhibbah Marine Engineering, who will construct the Tool to Germanischer Lloyd Class. Circle 44 on Reader Service Card 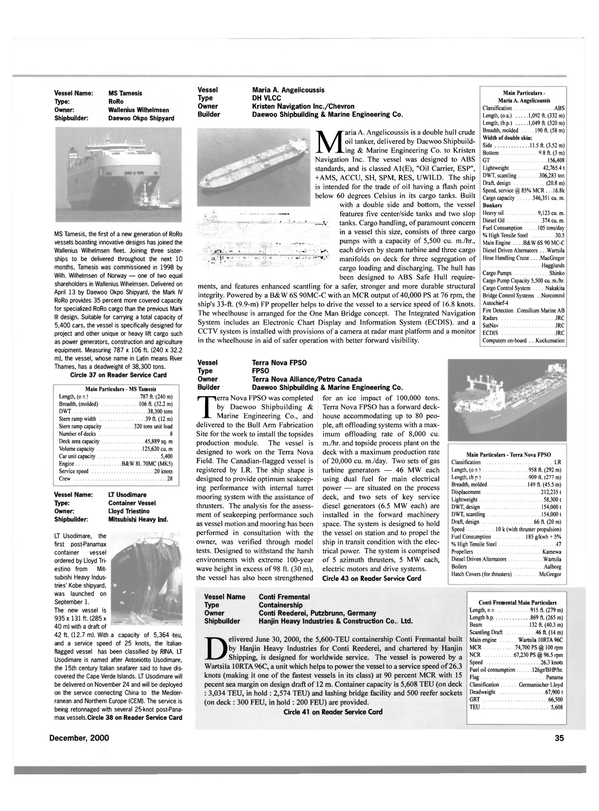