Holland America Cruise Lines contacted NORSHIPCO regarding drydocking, repairs and modifications on the MS Amsterdam in late November 2000. The 61,000-ton Amsterdam, which was built at the Fincantieri shipyard and measures 780 ft. (237.7 m), can carry 1,380 passengers. When contacted by Holland America to discuss the vessel's drydocking, NORSHIPSCO then began to train its personnel to complete warranty repairs on the azipod propulsion system in an extremely short availability on the drydock.

Since this was the first modification to an azipod system that NORSHIPCO would undertake, planning sessions were held early in 2001 to address resource requirements including facilities support, equipment needs and special tooling.

Drydocking was scheduled for October 2001, and a crew of skilled mechanics from the Mechanical Division (Machine Shop and Rigger Shop) were designated and trained by ABB in September.

In late September, 2001 however, a conflict developed with the drydock due to need emergent repairs. An alternative dock was located in Bayonne.

New Jersey where repairs could be completed. At the insistence of Holland America and ABB, arrangements were made to have the trained NORSHIPCO personnel still perform the azipod modifications at an alternative shipyard — Bayonne Drydock and Repair located in Bayonne, N.J. 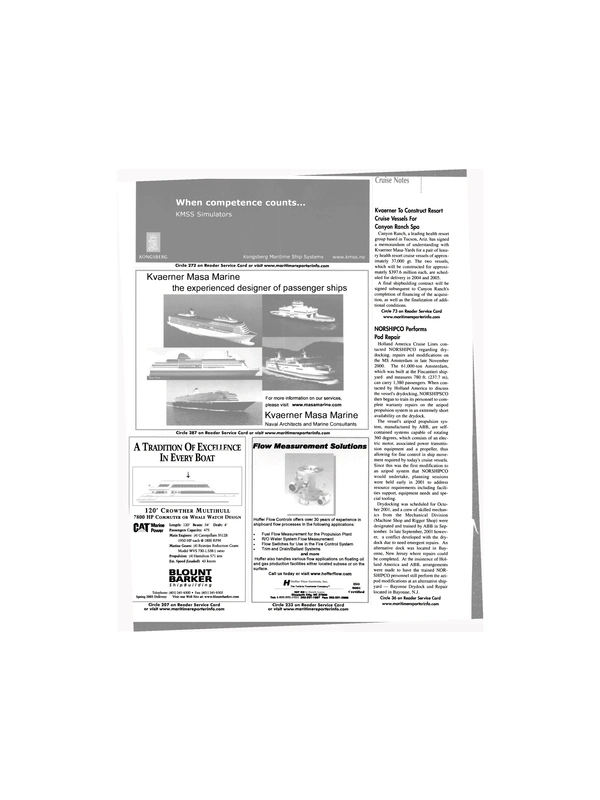