Mulherin is responsible for program management, engineering, production and planning for the CVNX program.

"Matt brings to this position a high level of expertise in the nuclear shipbuilding arena and a good understanding of our customer's objectives in the design and engineering of the future class of carriers," said Thomas C. Schievelbein, corporate vice president and president of the Newport News sector. Prior to this promotion, Mulherin served as program director, CVNX.

Mulherin began his career at Newport News in 1981 as a nuclear test engineer.

He has held increasingly responsible positions including Nuclear Project manager for Los Angeles-class submarines; director. Facilities; and director, Nuclear Engineering and Refueling. He holds a Bachelor of Science in civil engineering from Virginia Polytechnic University. 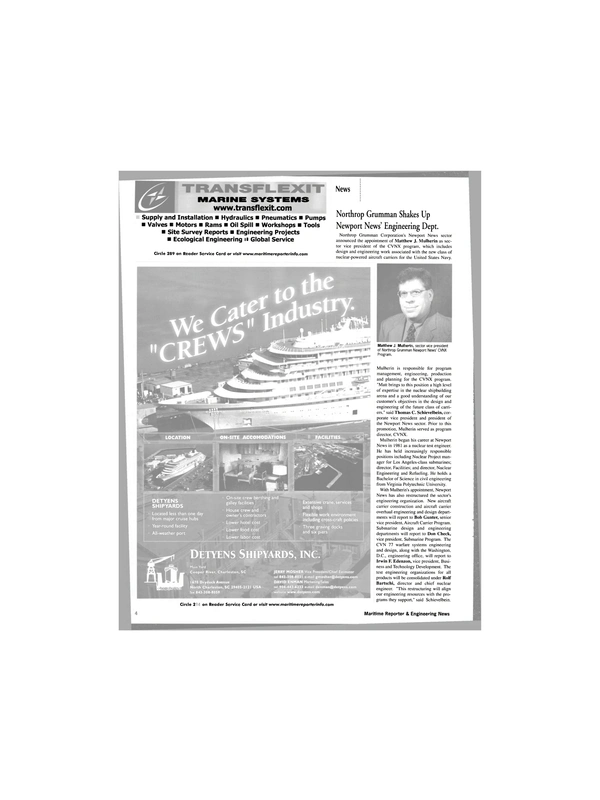