NorseMerchant Ferries is to upgrade its Heysham — Belfast service to three sailings per day in each direction with effect from March 1. 2004. This increase in sailing frequency closely follows the restructuring of the company, which was completed in December, said NorseMerchant Ferries' Managing Director, Phillip Shepherd.

• Five of the six generators can supply all normal service rating. Normally all engines will run. but this arrangement allows for one engine to be out of service for maintenance.

• The Mariner of the Seas has three azimuthing electric 14 MW Azipod units. The two units on the sides are fully azimuthing whereas the one at the centerline is a fixed Azipod unit.

The Mariner of the Seas has been designed to manage 40 knots side winds - where ships normally can stay maneuverable in 25-30 knots winds. To handle this, there are four 3 MW tunnel thrusters in the bow in addition to the Azipod units in the stern.

Sea trials showed that the ship can even move sideways with a speed of three knots.

The sea trials also showed that the manoeuvrability and course stability of the ship is very good. 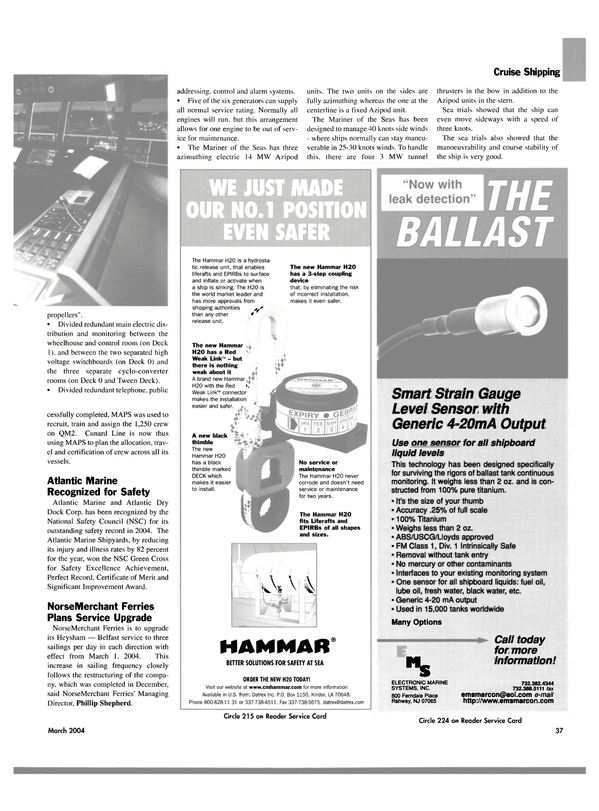